Eleven anglers took part in the EJAS Sunday Club Match held at Court Farm Fishery. Conditions were mild but breezy with bursts of heavy rain.
It was determined that the first three anglers overall would receive the main pools monies. In addition there were two Section prizes to fish for.

Overall considering the conditions the fishing was outstanding. 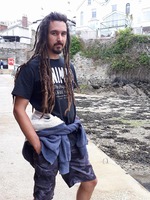